I don’t know how many of you play chess, but I felt I would share my recent experience with a game called Chess Ultra and a play style I developed to make it a bit more fun in my opinion. You could also do this with many different Chess software applications, including free ones.

I like to play the CPU… which Chess Ultra has 10 different levels… I found a level I felt challenging for me and started a competition… I decided to play a 12-game series against the CPU, just like the World Championship… I play one game a day until a victor arises… Then if I win, I get to put my little Current Champion Trophy (Picture in Frame) up in my room… If I lose, I am going to make a little article with the headline “CPU Wins” that I have to leave up…

For one month after the last game I can’t compete for the Championship again, win or lose… Then after a month, The Championship opens up… If I am the current champion and I don’t begin a new championship within two weeks I have to take down my trophy and put in its place that my title has been forfeited…

Then of course if I start getting better, I will eventually try and play a harder CPU level for the Championship… If I get worse, I will go down a level… I personally decided to have my Trophy reflect what level CPU I beat, but the articles and things if I lose, I will probably keep generic.

I just felt this was a fun way to heighten my Chess playing experience and felt some others might enjoy it as well… If you know me, I enjoy finding ways to make solo activities still competitive and as much fun as possible. My first championship was fun, competitive and I felt a heightened desire to win because of this set up. I also look forward to continuing the tradition. 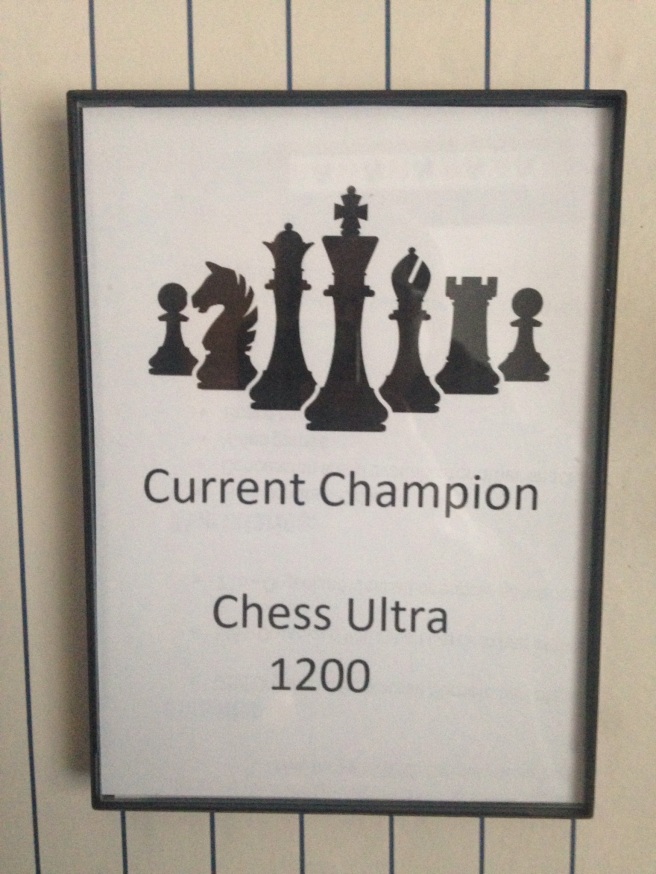 Journalism & Blogging from the unique perspective of a Schizophrenic mind... Writing a rather eclectic assortment of posts and articles. View all posts by eclecticschizo